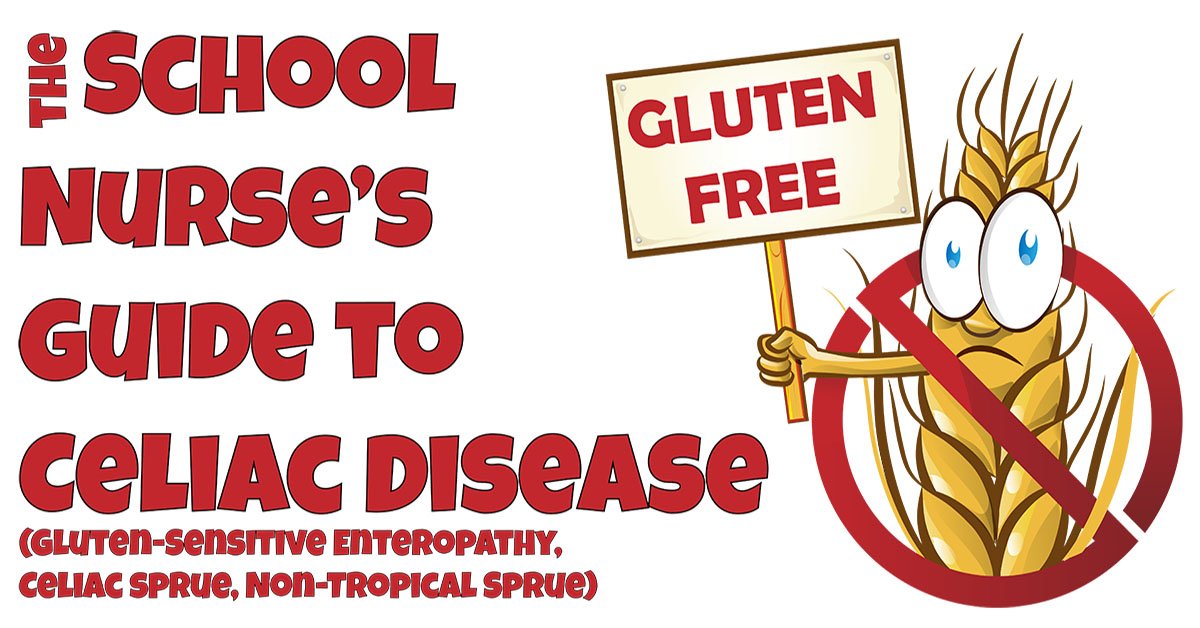 I do love me some bread. We usually don’t buy bread…we make it. Yes, sometimes in our breadmaker (why not?). But, a lot of the time we make it from scratch. Each Sunday, after church, our congregation shares a snack and some “community time.” I’ve noticed that on the days I bake a nice loaf of ciabatta bread and bring it for “community time,” the preacher’s sermon usually finishes up a bit sooner than on the days we don’t bring bread. Maybe it’s a coincidence. Or maybe it’s the aroma of the ciabatta filling up the room we meet in. Either way, that loaf usually doesn’t last long. (If you want the recipe, I will be happy to send it to you. Let me know when you sign up for the newsletter at the end of this article).

The one thing that does make me feel bad about bringing the bread is the folks with celiac disease. This bread is not a gluten-free recipe. We are a caring community; maybe that’s why everyone else eats it up so fast; they don’t want their gluten-challenged brethren to be tempted…for too long anyway..

Wheat (and other grains) has gluten to allow the bread to become leavened (rise). In the case of my ciabatta bread, the yeast “eats” the flour (carbohydrate) and makes carbon dioxide (like our bodies do when we breathe out). The gluten acts like tiny little balloons that “catch” the CO2 and trap it. All these little “balloons” cause the dough to rise. Once the bread is baked, it “freezes” it into the risen or leavened state. This is what makes it so soft, squishy, and bouncy (and YUMMY!).

Gluten is a general name for the proteins found in wheat, rye, and barley (the Pooideae subfamily of grasses ). Gluten can be found in many types of foods, even ones that would not be expected. Gluten is found in the endosperm of the grass seed. Gluten nourishes the baby plant during germination.

Oats are gluten-free…BUT…they can become contaminated during processing.

Celiac disease is a genetic autoimmune disorder. Basically, celiac disease a chronic disorder of the digestive tract that results in an inability to tolerate gliadin. When a person suffering from celiac disease eats gliadin (found in gluten), inflammation occurs due to an autoimmune response by the body (that treats gliadin as an invading pathogen). This, in turn, damages the intestinal lining, eventually destroying the nutrient-absorbing ability of the body’s GI system.

There are three things that must happen in order for Celiac disease to be “activated.”

The first two we understand pretty easily. The “activated” part needs a little explaining. Something happens and a person who is predisposed to celiac disease actually becomes a person suffering from celiac disease (to put it simply). This “something” could be a lot of different “events” such as a life stress, trauma (surgeries count), or even a viral infection.

When someone with celiac disease eats gliadin-containing gluten, the body’s immune system thinks it’s being attacked, and an immune response occurs. This, in turn, inflames the intestinal wall and eventually damages and destroys the small intestine’s villi. This is the essence of the disease itself. When these villi — very small finger-like projections in the inner lining of the small intestine — are damaged and destroyed, the body’s ability to process nutrients is greatly compromised.

Where the child was A-OK at one point in time, now the child begins to show symptoms such as:

Loose, watery stool is one of the first symptoms (but not all together abnormal in the school nurse’s population).

Inflammation in the GI tract may cause bloating. Not gas-like bloating; more like the bowels themselves are swollen.

The child may be gassy. But what child isn’t? My 11-year-old can “cut ’em” with the best (and usually under not-so-favorable-conditions). A frequently gassy kid demonstrating other, supporting symptoms may be more than just a kid who drinks a lot of soda (which mine doesn’t).

Fatigue is very common due to the body’s difficulty in absorbing nutrients. The car may be full of gas, but if the gas ain’t making it to the engine, the car ain’t gonna go anywhere.

Weight-loss is a no-brainer. A kid with frequent diarrhea, bloated intestines, and a reduced absorption of nutrients will start to lose weight.

Anemia and iron-deficiency anemia is secondary to malabsorption of nutrients. This in-and-of-itself is a condition that we school nurses can only assess symptoms of and that are very similar to the symptoms above.

Now, if you see a rash that is itchy and blistering and occurring on the elbows, knees, or the buttocks, that may very well be the telltale symptom. This rash, also known as dermatitis herpetiformis, occurs in about 17% of those either undiagnosed with celiac disease or poorly managed celiac disease. But, like all the other symptoms we have discussed, this rash could also be caused by eczema, psoriasis, dermatitis, or hives.

PowerSchool, the program we use here at our school, allows for the school nurse to “flag” students in order to ensure that every faculty member knows which kids have what allergies. But, truth be known, celiac disease is not a wheat allergy. A wheat allergy is just that…an allergy….like a peanut allergy, bee allergy, or any number of other allergies. And some children can even experience an anaphylaxis event if they come into contact with any one of the proteins found in some grains…and not necessarily just gliadin (there are hundreds of proteins in wheat).

We school nurses know all about anaphylaxis shock. If not, please let Nurse Kevin know, and I will write an article on anaphylaxis.

Also called gluten intolerance, non-celiac gluten sensitivity is a condition that is neither the result of full-fledged celiac disease nor a wheat allergy. Truth be known, it’s sorta controversial as to whether this condition actually exists. We school nurses are not credentialed to diagnose…and thank goodness…can you imagine paying for malpractice insurance on our salaries? Whew! Anyway…if I have a personal policy as a school nurse: if a parent says that their child is allergic to something, has an intolerance to something, or just should not have something, then it’s that “something” they do not get.

Most parents know their children better than anybody else in the whole wide world. And, if a parent has noted a pattern in a child’s health that seems to always appear-then-resolve, then doctor-diagnosed or not, I listen to that parent and try to meet their wishes.

Do y’all like stew? Sure! A nice beef stew with a broth that is cloudy and a little “gravy-like.” Truth be known: You’ll be eating a fair share of gluten when you enjoy that beef stew. What about french fries? Self-basting turkey? Vegetables in sauce? Beer? What about medicine?? There are so many foods that are processed that have gluten as an ingredient. Wheat flour is such a staple in the diets of Americans, Europeans, and…well…heck…most of the world. Wheat has been around since the beginning of time, and folks have been eating it for just as long.

I’ll give you something to think about…it’s an out-of-the-box kinda thing. Consider the hundreds of foods out there that are made from gluten-containing materials. What about vinegar. How to you make vinegar? 1) Fermented beverage 2) Add the mother 3) Let it convert. The question I have for you is: Where did the starch come from to make the fermented beverage in the first place? In our day-and-age, it was likely made from corn sugar. But, many vinegars are made from beverages that were fermented from wheat and other gluten-containing grains.

Now, I am not saying that we should ban vinegar. No! Not at all. This was just an example of out-of-the-box thinking. If you have a child that has celiac disease, and they are still struggling, and the parents are at their wits’ end, consider all the foods the child is eating and do what we school nurses do so awesomely awesome: use our ingrained critical-thinking skills.

Doctors are looking for it?

Why does Nurse Kevin think celiac disease is more prevalent now than in the past? Could it be that we have better diagnosing techniques? Because we are more aware of celiac disease? Or maybe because doctors are looking for it due to the increased awareness? Na…I say horse pucky on all that.

Being an old hospice nurse, I once asked an oncologist why we have so much more cancer now than we did years ago. “Because we have better diagnostics,” she said. But…wait! That doesn’t make any sense. Think about it. Diagnostics does not change the frequency of cases; it just means we find out the patient has cancer before they die rather than finding the cancer postmortem. And, like the cancer rate, the increase in celiac disease is not attributed to better and more accurate diagnosing.

I don’t believe in evolution, but I do believe in genetic adaptation. And, given the time required for our genes to adapt adversely to gluten, the rise in diagnosis seems to be more environmental. Pure and simple: it seems that we have become intolerant of something that has been so tolerable for so long in our human histories. The grains we are eating today are in no way, no how the same grains our grandparents ate. They have been hybridized to produce more proteins…more gluten…on purpose. And maybe a bite of bread is the same-sized bite as our grandparents ate, but the amount of gluten in that bite is “richer.” And, those grains our grandparents ate just a half-century ago weren’t bathed in herbicides and insecticides.

Note: Hybrid wheat and GMO wheat are NOT the same. Is GMO wheat to blame…folks would like to say that it is not to blame…yet… However, maybe it is? Hummm? Gets you to thinking, right?

“The environmental factors responsible for the increasing prevalence of the disorder are issues for further studies.”

To put is simply, we just don’t really know what is causing the increased frequency of folks suffering from celiac disease.

Okay…now I will step off my bandwagon. But, if you want to learn more, I have a whole website to growing your own foods and other conspiracy stuff: http://www.backtothehomestead.com