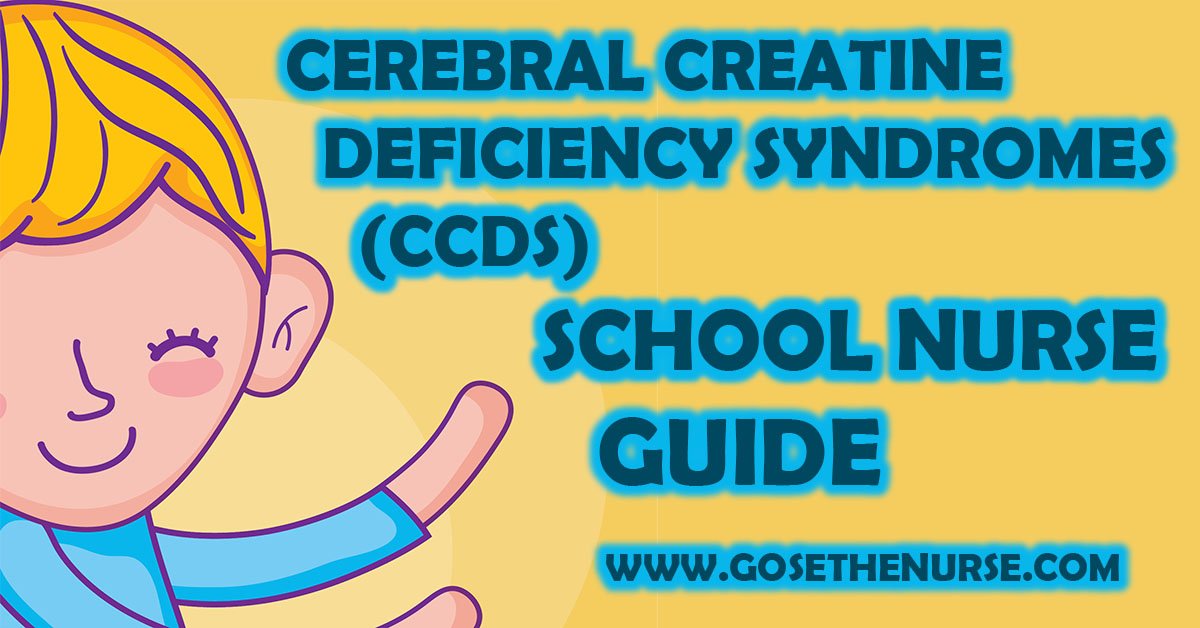 Nurse Kevin! What’s up with all the rare ailments you’ve been writing about?? Rare? What do you mean, rare? This school year seems to be the lottery school year for me; I’ve got a whole array of children with ailments that I ain’t ever, never seen (or even heard of). And, if you’re anything like me, you haven’t heard about these ailments either. But after today, you’ll know a bunch more about Cerebral Creatine Deficiency Syndromes (CCDS). We’ll just stick with “CCDS” from now on (but I’ll throw in a few Cerebral Creatine Deficiency Syndromes (CCDS)’s for SEO).

What is Creatine? Okay…wait…what is Creatinine? Check my spelling of creatine vs Creatinine. Now, I know good and dog-on well ‘least one of y’all get stumped on this. I’ll make this me as clear as mud? Are you ready? Here we go:

The best way I know to describe the creatine vs creatinine is a comparison to something simple. Okay, if creatine is “food” for muscles, creatinine is the “poop.” Let me do a little better job:

Creatine is an amino acid. If you were looking for creatine in the body, you’d find it being stored in the muscles and in the brain but being created in the body’s liver, pancreas and kidneys. You’d get a bit extra creatine if you eat seafood and red meat. Not a seafood or red meat eater? You’d find PLENTY of the stuff at any health food store. For most people, creatine supplements are not necessary because creatine is not an essential amino acid.

Creatine is responsible for energy. To put it simply, our body does “magic” things to creatine and stores it in our muscles. Then, when we need energy, we have creatine there waiting and willing to provide that extra boost of energy. Yes, there’s more to it. But that information is way (WAY) beyond the scope of this article.

When muscles work, creatine is “used” for “food” and creatinine, a “chemical waist molecule” is what’s left over (the poop). And everyone has creatinine in the body “in line” to be excreted from the body through one of the body’s “washing machines:” The Kidneys .

Cerebral Creatine Deficiency Syndromes (CCDS) are inborn errors of creatine metabolism which interrupt the formation or transportation of creatine. Notice I used the plural form of “Syndromes.” CCDS refer to three specific syndromes.

I’ve talked about creatine being stored in the brain and the muscles. And when the muscles work, creatine is used and creatinine is produced as a waste product. Considering the brain NEEDS creatine to function like the muscles need creatine to function (not in the same manner but function nonetheless). CCDS are genetic conditions in which there is an insufficient amount of creatine in the brain. How this happens is a long story (another topic outside the scope of this article). Basically, we have a gene called SLC6A8. SLC6A8 is a Protein Coding gene. BIG JOB!! Like coding a computer program, SLC6A8 writes code…instructions…on how to make a protein that transports the creatine into cells.

When there are “problems” with the gene: SLC6A8, there is an impairment in the transporter protein. If the transporter protein can’t bring creatine into cells, a creatine shortage is the result (not enough Thanksgiving Turkeys). A creatine deficiency will present itself in areas of the body that require a bunch of energy to function properly: The Muscles and the EVER IMPORTANT Brain.

To sum up this explanation a bit better…and considering the three syndromes:

Creatine Transporter Deficiency (CTD) – there is a defect in the TRANSPORTER OF CREATINE. Result: Shortage of Creatine. The creatine is there; it just can’t get to the right places.

Because we school nurses care for children about 5 years old (sometimes younger) and to about 18 years old (and sometimes older), we will less-than-likely be the ones that first notice symptoms. But, we will care for these already-diagnosed children during their school-aged years. With that being said, I thought it’d be a good idea to share with you some of the symptoms that you will definitely see in these children…and like a lot of conditions we can’t fix…we school nurses (we nurses in general) provide awesome symptom management.

Parents begin to notice symptoms in their child (normally) after the first year of life. They may not be developing at the expected pace both emotionally and physically. They may witness a seizure event. Maybe the child still can’t hold their head up during “tummy time” or the very young child feels limp when they are being held (both indicating possible hypotonia or noticable decreased muscle tone). Some children may be misdiagnosed with Cerebral Palsy due to the lack of muscle tone and pace in physical development. Emotionally, the child may be misdiagnosed with autism or hyperactivity, with a delay in speech, and a number of other diagnoses. In time these diagnosis will be reevaluated because “there’s just something that doesn’t fit” into any of the other diagnoses.

In Walks The School Nurse

Seeing these different diagnoses: hypotonia, cerebral palsy, autism, epilepsy and the other findings, we school nurses will likely find this child in with the staff with our special education department. As nurses, our participation in the day-to-day care of the child may be limited to supporting the special education teachers and delivering the prescription and OTC medications. You would expect about as much medical intervention as you would an autistic child unless the disorder has grossly affected the child’s physical abilities and still even then, the nurse will participate about as much as she would for a child with spina bifida or cerebral palsy. This is not to say that you will have very little impact on the child’s journey through the school system.

The school nurse will be working with mamma and daddy to ensure the child’s needs are met at school. And, I am sure you already know this…but…listen to those parents. Trust me on this one. Listen to those parents. They are likely to know more about CCDS than you’ll ever be able to learn. Many of these parents should be given an honorary PhD in CCDS. Not only do the parents know CCDS but they intimately know how CCDS has affected their child and what their child needs to thrive! You will work with not only the parent but also a multidisciplinary group of folks: The Physician and likely a dietician who will provide the “magic formula” for an amino acid mixture that may be given to the child during school hours. Direction from a neurologist, geneticist and a number of other professionals and/or practitioners that are familiar with metabolic disorders. This child will likely be on a dynamic plan of care that will change multiple times during the school year as the child’s needs change, as new information is discovered about CCDS, and as what has been done is now no longer beneficial for the child.

Well, that’s about all this old nurse has to say about Cerebral Creatine Deficiency Syndromes (CCDS). But, I do hope I have some insight to share from a mother whose son has a CCDS.

Here are a few links to some resources found out there: 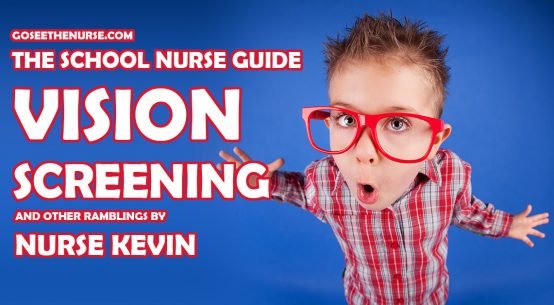