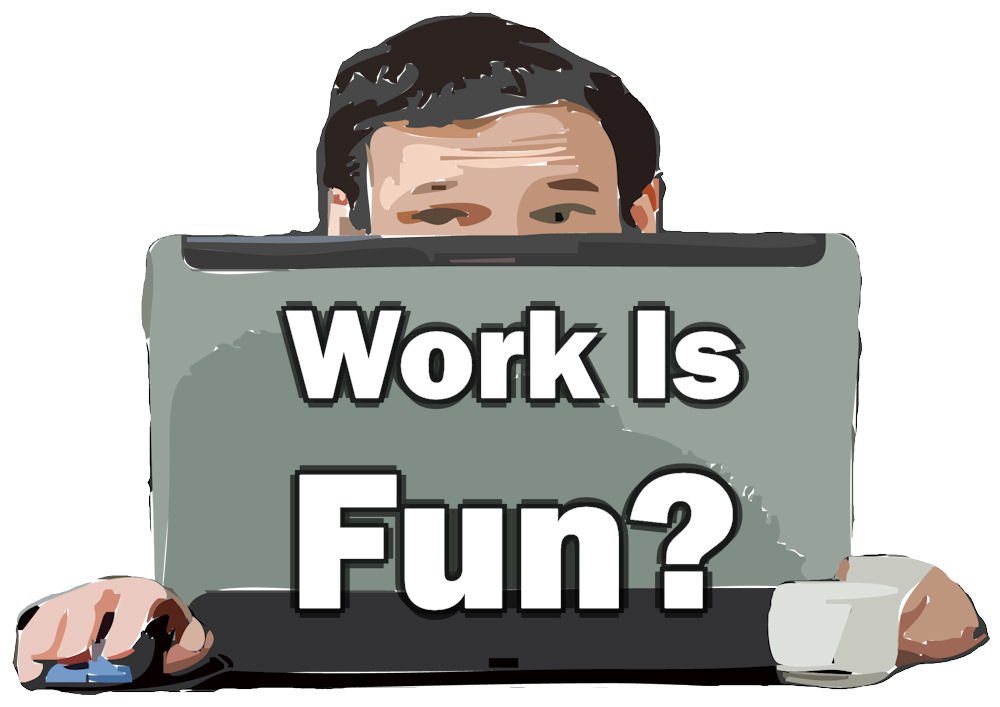 I feel guilty! My computer monitor is turned slightly inward to the previously perpendicular, and visible position to the passers by in the office hallway.  My attempts at being less-than-conspicuous as I plug pictures of talking apricots and dinosaur eggs into my PowerPoint presentation feels a little sheepish. After a bit of cross-eyed computer work, I get up to get a cup of coffee and while waiting on the water to warm, I think, “Wait a minute! Why would anyone think that what I am doing is anything less than work…that I enjoy?” For years and years and (seemingly more) years (than I care to mention), working meant that I had to do stuff I didn’t want to do for folks I didn’t really like all that much. But here I am feeling guilty because I am pleasantly pleased with my duties. Furthermore, I like the people with and for and (with all indications) they like me.

I am working on a presentation for a class of second graders. Our school is blessed with a grant from the USDA called the “Fresh Fruit and Vegetable Program.” It’s a program designed to combat childhood obesity. Being that I work for an educational institution and not a restaurant or a healthcare organization, I try to focus my time (when not taking care of the sick and injured children or sorting through immunization records) on teaching children about the different aspects of good health that will ultimately enhance their learning, behavior and ultimately their self-esteem and future life’s success. Today, I am in my office, alone and staring at the computer screen with Google picture searches for Spider-Man, cartoon strips and other visual anchors that will keep the children’s attention on the intended subject: Pluots and rambutans. I fear that a passer-by will see a computer monitor full of fun pictures and bright colors rather than a monotony of words and endless, boring, scrolling of text. Anything else that does not appear as “work” might hint that Nurse Kevin is having fun in his little office when he should be doing…well, whatever work Nurse Kevin is suppose to be working at. Truth be known, it is likely that no one is thinking anything but the fact is: I have caught myself enjoying my work and I feel guilty. Why do I feel guilty?

While standing there in the teacher’s lounge and mixing a Via in a cup of hot water, this epiphany hit me like a ton of bricks, “THIS is what it feels like to enjoy my work!” There have been moments when I have enjoyed my work as a nurse. But, to find contentment with my current state of employment and not to be thinking about the greener grass of “the next job I get” has been a joy.

Why is this? Why did I become a nurse? Gracious, that decision was made nearly 23 years ago and those ideals of nursing faded after that first day on the job in a large nursing facility in Alaska when a stern nurse with a strong German accent took me aside after I had apparently been taking too long to administer medications to my first patient (those Five Rights of Medication Administration take time, right?).

“Look at your badge,” she said directly.

I must have been confused as I stood with a “what-are-you-talking-about” look on my face.

“Go on! Look at it; look at your name badge. What does it say.” She pressed on.

I looked down and lifted up my brand-new, picture, lapel ID badge, “Registered Nurse?” I responded almost as a question rather than a statement.

“Good. Now that we’ve figured that out, start acting like it. We don’t have all day to play nursing school. You’re done with that; get busy passing those medications. Go! Go! Go!” Then she just walked off leaving me there in the corner of the doorway to a patient’s room. I looked at my badge again; I don’t know why. I guess I had hopes that it would tell me more than may name and my new-found credentials. So, I just stared at the little laminated plastic picture for a bit then looked just to the left. A patient was sitting in her wheelchair and had a front-and-center seat to the scolding.

Was she right? I had 20 patients to pass medications to, check blood sugars and administer insulin to. Some needed medications before they ate breakfast and others took the medications after they ate. With a two hour window to administer the medications and the time-sensitive treatments, the pace of 6 minutes per patient seemed impossible…and what would we do if something went wrong? A fall? Someone who had to be assisted to the toilet? Or a simple request for water in an empty water container? By the end of my first year and my first nursing job, I realized that I liked being a nurse but didn’t like working as a nurse.

The “I like being a nurse but not working as a nurse” is very evident in the studies done on the satisfaction of nurses. A 2013 study by AMN Healthcare reports that, “Approximately 90% of nurses stated they are satisfied with their career choice. Meanwhile, 51% said they worry that their jobs are affecting their health. 35% percent said they often feel like resigning, while 33% said that if they had their way, they would not be working in their current job a year from now. In answer to the statement, ‘I often feel like resigning from my position,’ 36% of nurses age 40 and older agreed.”

After reading this study, it all made sense. I am just like many nurses, I am part of the 90% who are satisfied with being a nurse but have always been part of the 36% of nurses who wanted to quit my nursing job. Until now. So what’s different?

I am a School Nurse.

What do I do all day as a school nurse? Do I put Band-Aids on children’s boo boo’s? Sure I do. Falling down and skinning a knee is not only physically painful, it’s emotionally painful. Band-Aids don’t fix a child’s injured emotions. But how you put that Band-Aid on can do so much more than protect the wound from infection. It’s how you spend that 10 minutes, cleaning the injury, assessing the range of motion, applying the antibiotic gel and placing the Band-Aid that validates the child’s injury and gives them a small, sentimental badge-of-honor that changes the event from embarrassment to pride. Though that “pride” can come back to haunt you when the child shows back up a day or so later when other children are in the health office and they began a back-and-forth exchange of who’s been injured the worst and who’s been to the nurse the most often. There’s one little girl with cancer that comes in sometimes…she’s in remission and feeling pretty good these days. When the little boys began their little chest-beating as to who has had the worst playground traumas, she lets the exchange go for a bit and then says, “Oh yea, I’ve got cancer.” Needless to say, the boys usually stop their cock-a-doodle-doo-ing, look about for a bit in the heavy air and then say, “Okay, we’re ready to go back to class.”

Do I teach? Sure I do. That’s some of the most fun about my work. Teaching little people stuff that they’ve never heard before. Think about it. You walk into a room of 25 children. Present a topic that is completely alien to them. They incorporate that new information with all the other information they have learned in their lives and their paradigms are changed forever. Do you know how much power and responsibility that is? It just blows my mind! They may be A-OK with those Takis because the commercials make them look fun to eat. “If I get a bag of Takis, everyone will be my friend and my fingers will turn orange and I will be happy.” Then the school nurse tells them that Takis have an ingredient called silicon. A hand goes up, “What’s silicon Nurse Kevin?” When they find out it’s the same stuff in a 4×4 sand box in their backyard their whole world turns upside down.

Immunization. My daddy walks with a limp. I’ve never knew him to limp but after turning 70, he needs a brace to keep him upright. You see, daddy had polio as a child. He has lived a full life in the Navy and as a successful business owner. Then his “old polio leg” started acting up and…well.

Europe starting seeing polio cases in the early 1800’s and polio later popped up in the United States in 1843. The last case of polio in the US was in 1979. Why? Immunizations! Now, hang on if you lean toward the anti-immunizations mindset. Whether or not immunizations cause other issues is not going to be debated in this article. What we can all agree on is that the possible global eradication of polio may be achieved before 2020. And, like smallpox, maybe we will not need the polio vaccine to be “required.” We school nurse play a HUGE part in this. We press and push and offer friendly, multiple (almost stalking the parents) reminders to immunize their children. Go back 100-125 years ago and most everyone either had lost a child or knew someone intimately who had lost a child due to childhood illnesses. Today…not so much. Ask my father if he would have gotten the Polio vaccine if it would have been available in 1952. In a heartbeat! Ask Franklin D. Roosevelt before 1921, he would have dropped and his drawers and presented that soon-to-be presidential left gluteal (that’s “butt cheek” for all you non-medical persons) and said, “bring it on!” And ask the parents of the 3,000 who died out of the 58,000 cases of polio diagnosed in 1952 alone, “Would you have vaccinated?” They’d all have responded, “Without a doubt.”

I get paid $25,000 less than my last full-time job as a hospice nurse. Problem? Maybe at first. Then again, I work almost 1000 hours LESS than I did at my last job. A thousand hours! What could you do with 1000 extra hours in your year? My day begins at 7:30am and ends at 3:30pm. I show up each day and nurse and teach and encourage children. I do the same for the teachers…however, this part of my job I am often nervous about. Think about it; teaching teachers. It’s like trying to explain the Pentateuch to Moses or trying to teach Albert Einstein all about physics. They know teaching and the teachers I worked with are AWESOME at doing that teaching stuff; they clap and jump and color right along with the children and they show these little people just how the world works. They are having fun. During my time at school, I continue to work through the guilty feeling as I enjoy my work too. 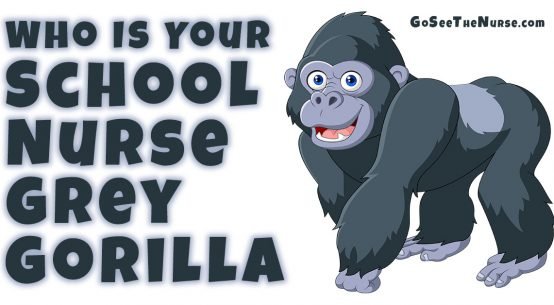 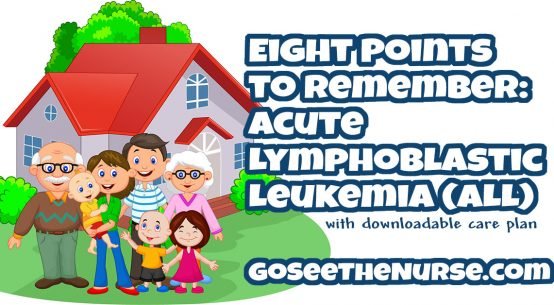