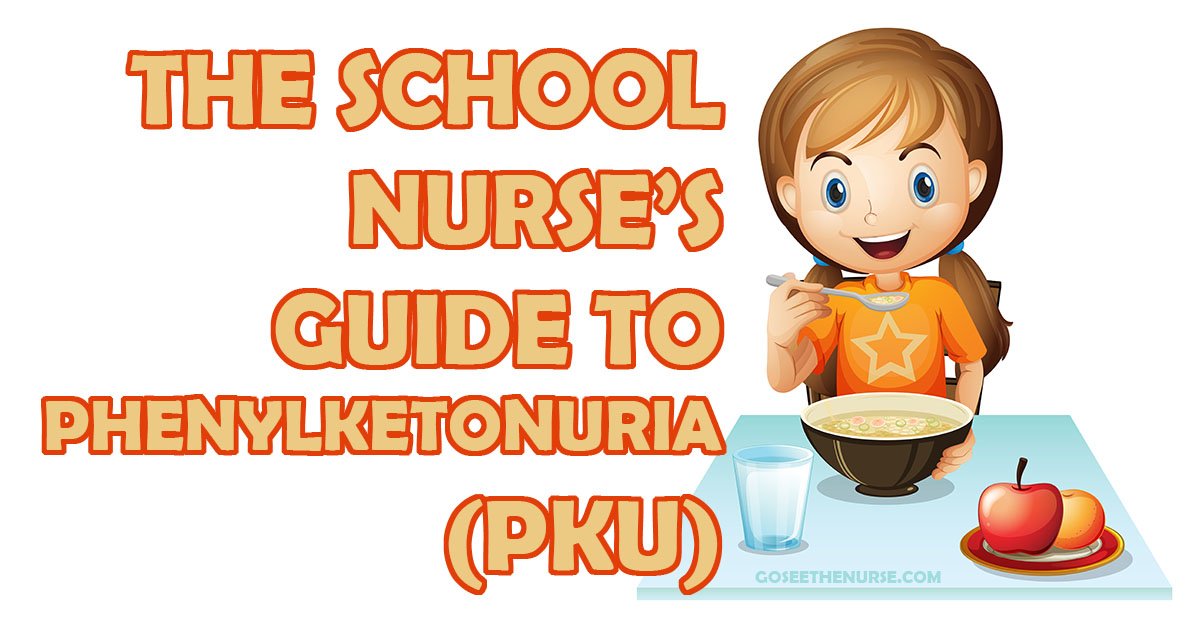 Years ago I was a phlebotomist. Yep. I was in nursing school back in 1994 and picked up a job at the local hospital for $4.50 per hour. I was green, as green as they come…my son would refer to me a “noob” if phlebotomist were video gamers. My job was to gather urines from the floors (having been collected by the night shift nurse) and draw the morning labs from the patients on the floors. There I was, feeling all “medical” in my scrubs, lab coat, little white cart with all my sharps, and Vacutainers (and my hidden stash of butterfly needles), running all about the hospital gathering bodily fluids from hospitalized strangers for four-and-a-half bucks an hour. I was on top of the world!

Before I left the lab on my morning runs, I would call the nursery to ask the nurses if they would wrap one of the little feet of the newborns on my roster to have blood drawn for phenylketonuria (PKU) by using the Guthrie Test. I had no idea what it was called at the time. The nurses would wet a diaper with warm water and wrap up one of the baby’s feet and they would let the child sleep until my arrival…they were sleeping when I showed up, but screaming bloody murder when I left. We were to take our “sheep’s foot*” lancet device, apply it to the warmed heal of the baby, “trigger” the device to make a little, very shallow “slice” in the heel of the baby’s foot, gather the blood from the heel using a glass pipette, and apply the blood from the pipette to one of a few circles on the “card” that we brought with us from the laboratory. This was my last stop of the morning.

Before I became a nurse, I had no idea what test I was collecting that blood for. All I knew was how to collect it, how to apply it to the circles on the card, and where deliver the sample when I was done. Now, as a nurse, I know exactly what they were screening for: a congenital birth abnormality in which toxic levels of the amino acid phenylalanine builds up in the blood: phenylketonuria (PKU).

Phenylketonuria (PKU) is a rare metabolic disorder that could lead to developmental delays and mental and emotional issues…serious issues. In the USA, there are about 16,500 people living with PKU and approximately 350 babies are born with it each year. And, with the 4 million babies born in the USA each year, the chances of your having a child with PKU in your school is rare.

But, what does this have to do with us school nurses?

By the time the child comes into your care, they will have been screened and diagnosed with PKU…more than likely. And, more than likely, we’ll know what we are dealing with. But what do we school nurses need to do?

The mechanisms by which Phe affects the brain are poorly understood.  It is known that anywhere from 25% to 50% of patients with PKU experience generalized or partial seizures. So, following the PKU diet is very, very important. How do we school nurse know that the PKU diet is not being followed? It’s not outside the realm of possibility that children with PKU will be any different than children with Diabetes Type 1? I am not saying that children with PKU aren’t going to follow the prescribed diet all the time; I am saying that they may take a liberty now and then (cupcakes and cookies have flour protein and eggs as a binder…just sayin’). And, depending on the age / maturity of the child, they may end up making choices they had believed were good choices.

The child with PKU may not be feeling well. They may seem more hyperactive than normal and present to your office with a “musty or mousy odor (due to phenylacetic acid in the sweat).” They may also show other symptoms such as a rash that appears to be Eczematous. There are other symptoms of PKU that will have presented themselves initially upon the child entering into their school-aged years due to not following the PKU diet. These findings are:

Phenylketonuria (PKU) is a rare genetic condition that causes an amino acid called phenylalanine to build up in the body.

Phenylalanine is an amino acid, a “building block” of protein.

Major dietary sources of L-phenylalanine (one of three forms of phenylalanine) include meat, fish, eggs, cheese, and milk…all the good stuff! NOTE: Phenylalanine is found in all proteins and some artificial sweeteners. THIS IS A BIG FYI!

Tyrosine is used by the body to make a bunch of cool hormones and even melanin.

How does phenylketonuria (PKU) affect the child?

Then, in turn, the body uses tyrosine to make several important substances like dopamine, adrenaline, thyroid hormones, and melanin, to name a few. Additionally, tyrosine has a stimulating effect and can be broken down by the body to boost energy.

A target range for blood phenylalanine levels needs to be between 120-360µmol/l (that’s about 13.8156mg/L to 41.4468mg/L. What does that mean? In order to attempt to maintain this range, the diet needs to be limited to about 200-500mg of phenylalanine per day. Still, what does this mean?? To limit the diet to 200-500mg of phenylalanine per day would be to limit the body to about 4-10 grams of protein per day. I eat 3-4 grams each meal (not including snacking as I am cooking). If you think avoiding meat, fish, eggs, cheese, and milk will keep things completely safe, consider the tomato.

There is 0.03g of phenylalanine in 1 medium whole tomato. If a child eats a tomato (0.9g of protein…yes…protein in a tomato), they have consumed 30mg of phenylalanine of their 200-500mg daily limit. That’s not a lot, per se’, but it does add up.

Imagine having to modify the child’s diet to where they are getting sufficient nutrition and yet limiting protein…and growing children need protein.

The parent will be your go-to source for information. Trust me on this. You may have been introduced to PKU in nursing school, or you may have cared for a patient with PKU. But, by the time this child is under your care at your school, the parents will have been dealing with this condition for the past 5-18 years; they KNOW PKU intimately and especially how their child responds to this condition. They should be given an honorary PhD in PKU by the time the child is school-aged.

KUVAN® (sapropterin dihydrochloride) will probably be prescribed for the child. And, it is less than likely that you (the school nurse) will be giving the child this medication. The parents will most likely be giving this medication to the child each day. Kuvan ain’t cheap. No siree! Kuvan costs about $57,000 a year on average. In a smaller, younger kinder, maybe less; in a larger senior, maybe more. Can you imagine having to maintain a drug that costs more than 4.5x the average home mortgage payment in the USA?
If you have a child that is on Kuvan, watch for signs of hyperactivity, including fidgeting, moving around, or talking too much. Let the parents know if you see any of these symptoms. Also, watch for symptoms of inflammation of the lining of the stomach (gastritis) such as those frequent stomach aches (and other obvious symptoms such as reports of bloody, sticky stool or even vomiting blood)

They may be taking a dietary supplement called PKU Formula or Formula For Life. A low-protein diet alone is not a fix-all solution. We humans NEED our essential amino acids. And with that, you can see the dilemma these children and their parents are facing.
Sugar-free is good, RIGHT?

Absolutely not. The artificial sweetener called aspartame may release phenylalanine when consumed and will raise the blood level of phenylalanine in the child’s blood. Aspartame is made from two amino acids: phenylalanine and aspartic acid.

As the school nurse, I will list “sugar-free products” as an allergy to alert the faculty at my school with that allowing the child to come into contact with “sugar-free” foods is a no-no. This is a paradoxical paradigm (fancy words). Most folks are “programmed” to think sugar-free is good. But, is it?

Though PKU cannot be prevented (it’s a genetic condition), the outlook is very good. As long as the PKU diet plan is followed very closely since birth (and at school), the child can perform very well in school and live a long and prosperous life.

*Sheep’s Foot Lancet Device: Isn’t it funny how we nick-name stuff? The Tenderfoot heel incision device is what we used, but for some reason the lady who introduced me to the device and trained me on how to use it called it a “sheep’s foot.” Not sure why. But, what’d I know? I just went with it and have been calling it that for the past 25 years. Here’s a video on what we did (video from the manufacturer): 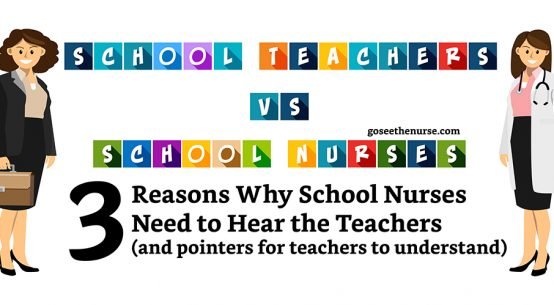 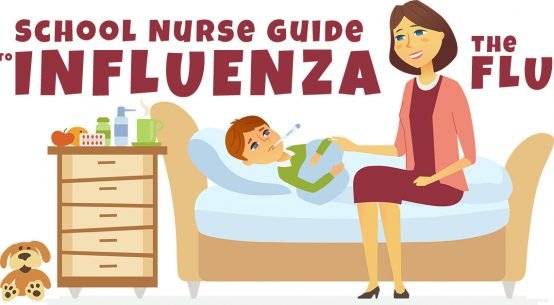